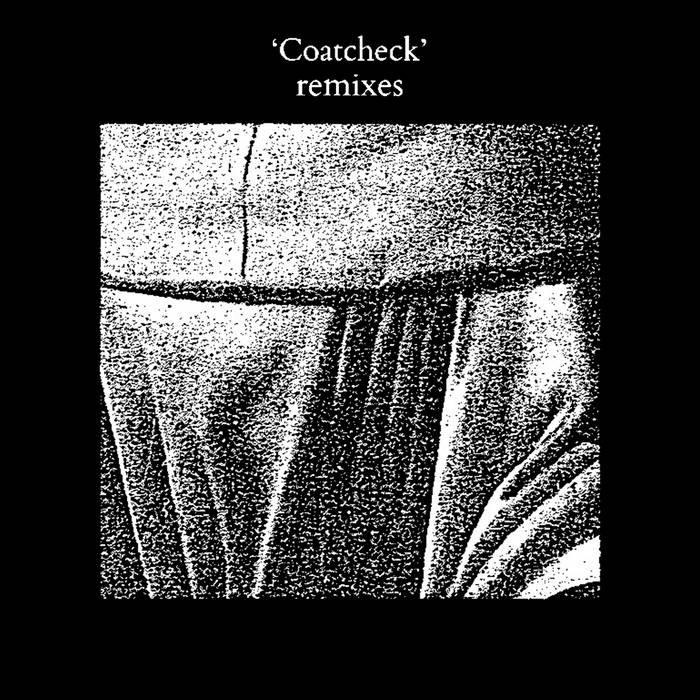 The sounds on Florian T M Zeisig's 'Coatcheck' are little like the experience of stereotypical clubbing. Likewise, these remixes are meant for the club of the future, or perhaps, the non-club of the present: a place emphasizing organic flows instead of machinic rhythms, a place of distanced, isolated collectivity at a time of transition to something different. Many of these remixes have resulted in entirely new compositions, more like collaborations than reinterpretations.

Joanna Pope—Berlin-based independent researcher, writer, composer, and producer—conjures a gorgeous pastoral composition based upon Zeisig’s filtered textures on “First Version.” Montreal-based Patrick Holland takes “Only Textures,” originally a swirling miasma, and sculpts it into dub burner perfection. Meanwhile, Exael’s breakbeat treatment of “Aspire,” reinserts the track into a more recognizable dance lineage. Forest Management, the moniker of Chicago-based John Daniel, strips out the low end of the cheekily titled “Ambient Middle Part” and hones in on its vacillating, verdant undergrowth.

In addition to the remixes, 3 bonus tracks from Florian T M Zeisig are included in this release. They were recorded during the same sessions as 'Coatcheck' but were not included on the LP due to time and space constraints.

Serena Cherry debuts her black metal project, plus a Pick from the Crypt block from Svalbard