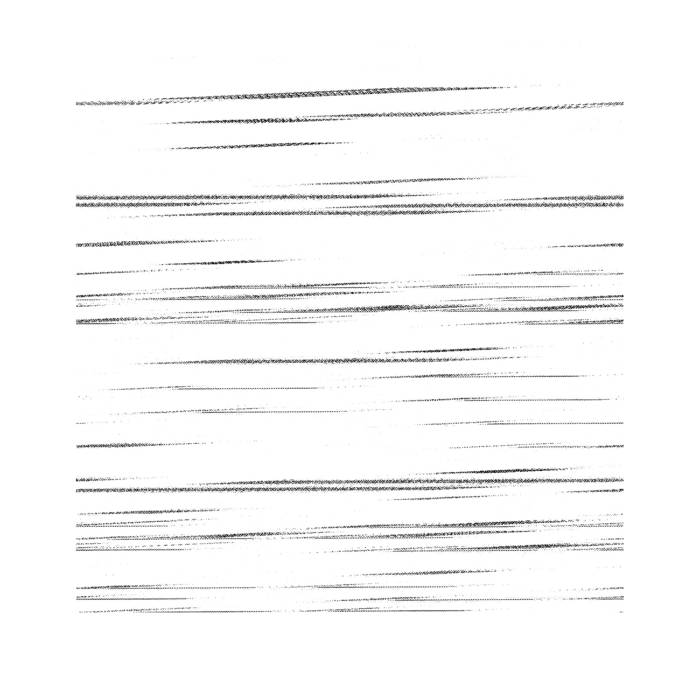 Indefinite Lattices, the new 12-inch record by Glyn Maier, is rock music of a very different order. During visits to two mineral-rich sites, Maier collected field recordings of these environments which were then re-synthesized into four extended compositions. At Ringing Rocks in Pennsylvania, a field of boulders make bell-like tones when struck, as well as low-frequency tones that are unhearable by humans. (Scientists have yet to discern why the rocks ring, but believe it may have to do with the freeze-thaw cycle that produced them.) The other site visited by Maier—the fairly remote Kaʻena Point on the coast of O’ahu, Hawaii—was believed to be the departure point for souls leaving this world.

The unstable rhythmic patterns from these spaces, as well as Maier’s tappings, scrapes, and footsteps throughout the two sites, are paired with lullabilic progressions and ghostly effects. Instead of the artist’s personal expressions, the tracks on Indefinite Lattices are envisioned as lithic formations in their own right, as things grown rather than produced. They seem to have peaceful but complex lives of their own. Guided by notions of deep ecology—and an anti-colonialism that recognizes the bloody histories of these two sites—Maier refashions the instrumental utility of electronic music so that the agency of environments is emphasized.

Like watching rocks fall down a cliffside and splashing into a stream, or the humbling calm of a thunderstorm, one is left wondering whether this record is the result of human intention or a combination of natural forces. Treading the line between traditional and experimental approaches to ambient music, Maier edits the contingency of his gear’s electrical signals and the recorded environments into tightly conceived compositions. Indefinite Lattices is documentation of moments in the geological process, but also illustrates the geologic nature of art itself.

Glyn Maier is a sound artist and field recordist living in the Unorganized Territory of South Oxford, Maine. A longtime fixture of East Coast underground circuits, Maier has performed and recorded under various aliases, most recently as Lack. Records and tapes have been released by 2MR, Hot Releases, Morphine Records, and others.

Non-city outdoor spaces are essential to Maier’s practice. With a formal education in physics and music composition, Maier’s preoccupations with natural objects, landscapes, and their social histories guide these recordings, which are then integrated into ambient electronic works utilizing organic rhythms and complex timbres. Maier’s abstract synthesis work is deeply informed by sound design, but his larger focus is on the agency of both machine and environment.

Another facet of Maier’s sonic practice is enmossed, the label he founded in 2017. Dedicated to contemporary sound, all profits are donated to positive causes of the artist’s choice, and all packaging materials for the tapes and records are hand-constructed out of recycled materials. Its catalogue of tapes and records is distributed internationally by shops such as Industrial Coast (UK), Stellage (Russia), Rope Editions (Korea), and Tobira Records (Japan).